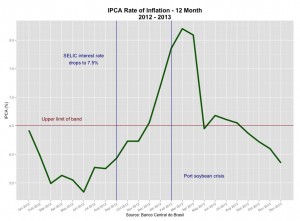 onally for six to eight years. The common wisdom is that it has outgrown its “country of the future” label and has become a country of the post-2008 financial crisis. Investors now expect Brazil to grow into a first-world economy. Not so fast. While annual growth between 2005 and 2010 was consistently above 5%, it has stagnated since mid-2011. In 2012, its GDP grew a paltry 0.9% — the weakest of the five BRICS countries. It is time to take a cold look at whether the political factors promoting growth in Brazil between 2005 and 2010 are still operational. END_OF_DOCUMENT_TOKEN_TO_BE_REPLACED