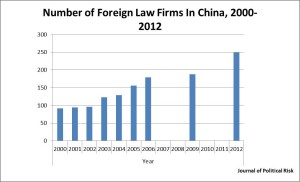 END_OF_DOCUMENT_TOKEN_TO_BE_REPLACED

The United States is, and continues to be, a politically stable country. Despite a shutdown of non-essential federal government services that started at midnight on October 1, uniformed military personnel and most federal services, including the postal service, federal courts, and federal prisons, will remain open and functional. The “shut-down” is more accurately described as a temporary defunding of non-essential federal services. A spending bill will pass within the next few weeks, and non-essential government services will return to normal. Nevertheless, the appearance of a shutdown of the United States Government has huge reputation costs both domestically and internationally. The United States needs legal change, including a Constitutional Amendment if necessary, that provides for automatic funding of government services in the event of a budgetary impasse between the President and Congress. Such automatic funding could take the form of budgetary continuing resolutions at prior levels, or given a threshold deficit level, budgets with non-partisan across-the-board cuts of 1-5%.  END_OF_DOCUMENT_TOKEN_TO_BE_REPLACED

Although there are many differences among the movements, the similarities are striking. First, protesters target problems that have significant impact in their lives: education, transportation and political inefficiency. Second and counter-intuitively, those countries have all enjoyed economic booms recently. Finally, all three countries face important elections in the near-term future. END_OF_DOCUMENT_TOKEN_TO_BE_REPLACED